Skip to content
I have read so many amazing books recently!  My TBR pile is growing daily and I am loving this Golden Age of Children’s Fiction.
Please continue to read for five of my newest favourites!

Uncaster is the scene for this magnificent book.  A fantastic cast of characters bring this Victorian theatre adventure to life.  The Steam Whistle Theatre company is heading North from London to find their fortune. At the same time, Magician Baby Bubbles and his thieving mother are on the run and also planning to set up in Uncaster.
Competing for business and money brings out the worst in this community and before long trouble finds them all.  From ruined costumes, fights, thieving, and orphans, there is plenty to keep a reader amused.
I loved the characters and truly felt their personalities shine through, and I was rooting for the theatre company from the very beginning.  Even when it looked as though they were doomed!

Is there a happy ending for the Steam Whistle Theatre Company?
Read this book to discover more- it is an excellent way to spend an afternoon, or morning or evening.

Brigit, the main character, is a young girl, full of fierce determination, like her mother Aimee.  She stands up for herself and sometimes has to face the consequences and ultimately the bullying that comes from being German at the start of WWII.
After being evacuated to Wales, Brigit makes a bold choice to escape and follow her mother who is a secret spy being sent behind enemy lines.  Tough training, strict rules and an unhappy sergeant make life hard for the pair.  Then comes the news that they are being sent on a mission.
France, danger and the resistance become her life and we see how brave, bold and determined Brigit truly is.  She helps to set bombs, destroy factories and take down phone lines all for her country.
A fast paced, exciting read and one I devoured in one morning- I just couldn’t put it down.
This story follows on from The Silver Hand, also by Terry Deary, in which we meet Aimee and Marius and learn about their roles during WWI.  Aimee and Marius are Brigit’s parents.
You can read An Unlikely Spy as a stand alone but I have ordered The Silver Hand to complete the story of Aimee.
An enthralling read and one I recommend highly.

I had been anxiously awaiting a copy of this book and it arrived just before half term.  Another book to be devoured in one sitting- I see a pattern here!
I loved Vita, setting up against her opponent, New York and could tell she was going to be as fierce and full of fight as I had hoped.
This is a New York style mafia heist as its best.
Vita’s grandfather has been swindled out of his family home by a mafia man.  Vita and her mother come to try to convince the grandfather to move home with them.  Vita, decides to take matters into her own hands and so begins a dangerous chase to try and get back what is rightly theirs. Enter in some new friends with extraordinary talents and you have an incredible adventure, fast paced, full of fight and determination.
This is Katherine Rundell doing what she does best.  Letting the reader loose in a world brought to life through wondrous descriptions with characters who almost leap off the page.
One to be read, shared and cherished. 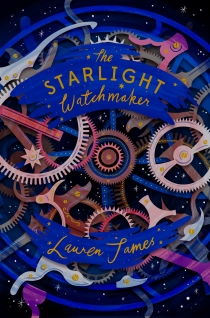 This was an unexpected story and I admit I was surprised at the cast of characters.  It is an ingenious plot in a shorter book, perfect for those students still building their reading stamina.
It has all the elements of a larger book and is completely engrossing.  This will capture your attention and imagination quickly and you will find yourself reading to the end.
From the first meeting of Hugo, the android watchmaker, to the budding friendship with Dorian, a green diplomat from another world, I was transported to the mystery of the missing quantum energy.
Who is stealing the energy? Is it for sinister reasons?
There are twists and turns and surprises underground.
A brilliant read and one I can’t wait to share with schools.

Mari is a scientist, just like her Dad.  She loves discovering fossils and recording everything just as a scientist would.
A chance discovery takes Mari by storm and together with new friend Dylan, they must work together in the name of science.
The tiny dragon, nicknamed Gweeb, causes endless amounts of trouble for Mari and Dylan.
Mari is headstrong, scientific and has few friends.  Dylan is new in town and both are in need of friendship.  They learn a lot from each other and from Gweeb.
This is an excellent book full of hope, dreams and friendships.  It is also a book about working together and understanding the world around you.  I thoroughly enjoyed getting lost in the hills of Wales with Mari, Dylan and Gweeb.

I am a primary school teacher, turned librarian. Now I have the title Reading Advocate for ASSET Education Trust, based in Suffolk. I read constantly and have more books than bookshelves, but I wouldn't have it any other way. I celebrate reading every day at work and at home with my two children, aged 11 and 9. I sit on the National Executive Committee for the Federation of Children’s Book Groups and run an OU/UKLA Teachers as Readers group! View all posts by assetreadingadvocate